CanopyLAB Unrooted: How the idea behind CanopyLAB was planted and grew 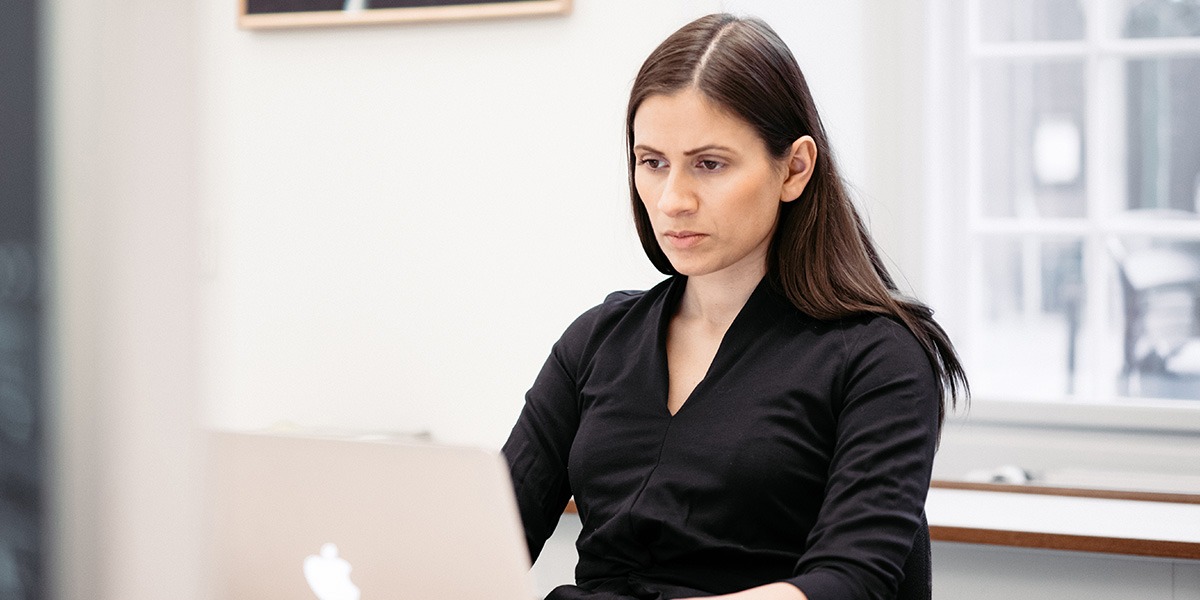 Last week, Kim Lindgaard Jørgensen, Head of Business Development at CanopyLAB, sat down with co-founder and CEO, Sahra-Josephine Hjorth for a talk about the idea behind CanopyLAB, what inspired her to start the company together with co-founder Christian Skræm Juul Jensen, and the fundamentals of eLearning.

KLJ: First of all, what is CanopyLAB and what services are you offering?

SJH: CanopyLAB started as a eLearning platform for youth, where we offered exciting courses for free. We wanted to make eLearning more interactive as we strongly feel that the other eLearning platforms out there do not allow for much interaction. So we were trying to create something that catered to learners by having a higher level of interaction with other learners and the learning material. That’s kind of how we started out. But CanopyLAB has expanded and changed a lot since then. While we started viewing ourselves as “just” an eLearning platform, we’ve matured into an EdTech company that also creates software for corporate learning.

Earlier this year, we released a new software, which enables completely personalized and adaptive learning experiences through the use of technologies, such as advanced algorithms, big data, and soon AI.

Our differences are our strengths
KLJ: What is the mission of CanopyLAB and what problems are you solving?

SJH: When I grew up, I went to a school called Rudolf Steiner. It’s a very different kind of school because there’s a large emphasis placed on creativity, social connectivity, and on sports. And then in the middle of high school, I changed into an international private school that had literally no creative subjects at all, where there was an emphasis on sciences and language. I think that the peers I had in the two schools were quite different, and their parents placed them in schools with a particular academic focus because people learn in different ways.

When we learn in a physical classroom, the teacher has some ability to individualize the course materials and how they teach to fit the needs of the students in the classroom, based on tests and ultimately a feeling about what level is suitable for the students. The teacher may even have prepared a multiple choice test of the next session, but the given day, he or she may spontaneously decide to host a debate instead. This debate will cater to the strengths of some students and prove challenging for other students. The following week, the same teacher will take the same students on a field trip to visit a museum and that captures the interest of some students, and others find it boring. I’ve always found it quite frustrating that the online classroom can’t accommodate people’s differences. Until now, CanopyLAB’s mission has been to bring the fact that people are different and that we learn in different ways into a virtual learning environment (VLE). We daily ask ourselves, how do we utilize all the amazing new technologies to create personalized learning experiences that are fun and educational?

KLJ: How did you come up with the idea behind CanopyLAB — the idea of an adaptive learning platform that allows students to learn in more than 40 different ways?

SJH: I think in some ways it was quite random that Chris and I end up creating learning software, but then at the same time, it also seems kind of predestined with the skillset that we have and how we have skills that are complementary to each other. I was working on my PhD, which initially wasn’t about learning. It was about social media and learning become a strong component of that. I increasingly became fascinated with online learning and it began to occupy more and more of my research. This was around 2013 and 2014, where a lot of research began to highlight some of the problems in learning. One of the most cites problems was the 93% dropout rates many learning platforms faced at the time. Researchers, teachers, and mass media began to question if there was an underlying problem with the Massive Online Open Courses (MOOC) concept.

By that time, Chris and I were obsessed with the unrealized potential of eLearning, but we wanted to drastically alter the concept to account for people’s differences. This was after I had already tried creating my own YouTube channel and tested a bunch of concepts and ideas on how you can make learning more interactive. But I found YouTube very limiting because communication was largely one way, and through written comments or questions to the speakers. So I went to Chris, asked him what are we going to do, can you build something better? and he went sure, lets try! That is how Chris built our first solution in less than a week.

KLJ: What makes CanopyLAB different from MOOCs and other eLearning platforms?

SJH: The biggest difference is that we never saw ourselves as a learning management system (LMS) even though we have built a software that facilitates learning. We can do all the things an LMS can do, but those are just things that any system has to be able to accommodate. It’s our foundation and we knew we need to be able to accommodate more than that. My PhD research and all the data we have gathered in the last 3 years indicated that in order to create successful learning experiences online, there need to be a higher level of connectivity between the people engaging in the learning experience. What we did when we build our new software was that we took the best practices from an LMS and from social networks, such as Twitter and Facebook and merged them together.

Social network + LMS = a perfect marriage
What we’ve seen with social networks is that they can play an important role in formal and informal work relations, in social gatherings, mass organization, and learning. An example is how social networks play an important role in social movements, like “Bring Back Our Girls” and “Black Lives Matters.” But what happens after people managed to mobilize large crowds and get them excited an about and engaged in something? There is often a gap between passion and the skills needed to mobilize a movement that can make a change. Here, social media fall short. So we wanted to bring some of that passion and ability to organize into a learning setting. So we saw the ability to mobilize people in virtual communities and at the same time get them excited about gaining skills as one of our unique offerings. That’s one of many reasons why we chose to combine a social network with an LMS to create the backbone for CanopyLAB.

Our software enables learners to choose what competencies they want to practice, allowing each student to practice different skill sets in the same classroom simultaneously.

Inventing an interaction model for learning
One of the more complicated differences between our software and an LMS is that our software is based on an interaction model. With most typical learning software, learners have very limited options for interaction as I’ve already mentioned. You can watch a video, maybe it’s live, maybe it’s on demand. If you are lucky, you can submit a written assignment and get feedback on it. We felt it was essential to create a bigger palette of interactions in extension of the the argument I made earlier that people are different and they learn in many different ways. For example, if I were to take a class about the Dakota Access Pipeline, a topic that I’m interested in, it’s not only important for me to get to know more about topic, it might also be important for my personal learning curve to give peer feedback or to receive feedback. In that class, I have a classmate, named Peter, he is also interested in the Dakota Access Pipeline, but in order for him to develop new competences, it may be more important for him to learn more about public speaking. Our software enables learners to choose what competencies they want to practice, allowing each student to practice different skill sets in the same classroom simultaneously.That’s critical to learning success and to the success of our software. And at CanopyLAB, we’ve managed to convert YouTube tests and theories about learning into a technology that leverages big data, advanced algorithms, and soon AI to make eLearning interactive and customizable.

This website uses cookies to improve your experience while you navigate through the website. Out of these, the cookies that are categorized as necessary are stored on your browser as they are essential for the working of basic functionalities of the website. We also use third-party cookies that help us analyze and understand how you use this website. These cookies will be stored in your browser only with your consent. You also have the option to opt-out of these cookies. But opting out of some of these cookies may affect your browsing experience.
Necessary Always Enabled
Necessary cookies are absolutely essential for the website to function properly. These cookies ensure basic functionalities and security features of the website, anonymously.
Functional
Functional cookies help to perform certain functionalities like sharing the content of the website on social media platforms, collect feedbacks, and other third-party features.
Performance
Performance cookies are used to understand and analyze the key performance indexes of the website which helps in delivering a better user experience for the visitors.
Analytics
Analytical cookies are used to understand how visitors interact with the website. These cookies help provide information on metrics the number of visitors, bounce rate, traffic source, etc.
Advertisement
Advertisement cookies are used to provide visitors with relevant ads and marketing campaigns. These cookies track visitors across websites and collect information to provide customized ads.
Others
Other uncategorized cookies are those that are being analyzed and have not been classified into a category as yet.
SAVE & ACCEPT
Menu