CanopyLAB Unrooted: On scaling, being a role model and forgiving yourself for your mistakes 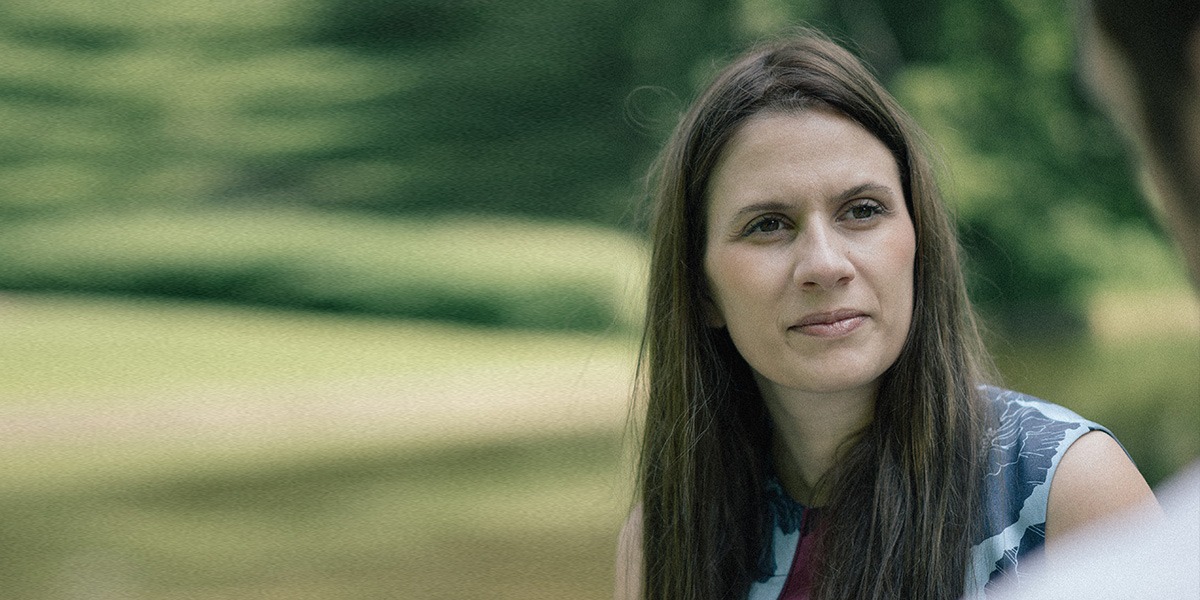 CanopyLAB Unrooted, is an interview series with CanopyLAB co-founder and CEO Sahra-Josephine Hjorth, facilitated by Kim Lindgaard Jørgensen. Sahra-Josephine is passionate about being a female entrepreneur, and talks about topics such as funding, scaling a team, and having a baby while running a startup. She is also not afraid of discussing the challenges associated with running her own company.

KLJ: SJH walk us through the highlights of this past year?

SJH: Since our last talk, CanopyLAB A/S has turned two years. We have hosted our first Friday Bar and have acquired a foosball table. We’ve just had our best quarter ever from a financial standpoint. We have landed an insane amount of deals that will be implemented in the first quarter of next year, and we are currently looking to hire five new people. As a side note, if you want to be one of those five, get in touch! We have also matured from being a startup to being a scaleup ().

At the same time, it was a very tumultuous year for me personally. In March, I had an accident that required extensive knee surgery this summer and to this day, I’m still in daily pain and continue with physiotherapy. Also, I’ve learned that there is an industry built around startups that doesn’t necessarily act in our best interest and that I’ve trusted some of the wrong people. As a result, my team has suffered. People always say that when they look at things in retrospect, they wouldn’t do anything differently. I think that’s total bullshit. I would have done tons of things differently. I can say that because I’m honest with my team and myself about my own performance. But that doesn’t mean I’m not damn proud of what we have accomplished this year, and it feels amazing to end the year with a board meeting and see smiles on everyone’s faces.

This year has been all about getting organized.

KLJ: What are the biggest lessons from this year that you want to share with other entrepreneurs, investors and business partners?

SJH: This year has been all about getting organized. I know that doesn’t sound very sexy, but when you are growing as quickly as we are, both in terms of revenue, staff, clients, and users you have to find the right balance between innovation and consistent practices. We’ve grown because we’ve listened to the market, been agile, and receptive to change, but we will continue to grow because everyone knows what to do, how to do it, and what is expected of them. Maybe that sounds boring, but I actually saw my colleagues come to life when we entered into dialogues about Individual Performance Metrics, incentive structures, and after-action-review models. People used to make fun of us for having a HR Handbook back when we were just two people. But now we are happy we did a lot of these things along the way. We have articulated our values and what we expect from one another. So when an invitation to a startup event with strippers ticks in the door, no one doubts or stance on that (and in case you do, we didn’t go :))

Whenever I hire someone, I consider their
potential as a role model for new employees.

KLJ: In the past, you’ve talked a lot about the importance of hiring people who are aligned with your and the company’s values. What do you mean by that?

SJH: Whenever I hire someone, I consider their potential as a role model for new employees. It goes beyond being talented and has more to do with whether they are respectful, possess empathy, and are considerate. But there has been a few major incidents in which I failed to be a role model to my colleagues this past year. Let me share an example. About two weeks after my surgery, we got an attractive offer to fly to San Francisco and meet with an interesting company. At this stage, I was still taking morphine, I was on crutches, not sleeping, and in considerable pain. Yet, as entrepreneurs we are often stuck in this rhetoric that if you want to be successful, you have to go above and beyond for your business and that the business always comes first. The more you sacrifice the better you are at your job – supposedly. So when I embarked on the transatlantic flight, I was thinking “I’m sending a signal to everyone that the business comes first, and that I’ll do whatever it takes to succeed”. But in fact I am sending a signal to my colleagues that business comes before personal health, general well-being, and common sense. And that proved dangerous.

Not everything’s my fault, and when it is,
I still have to forgive myself for whatever happened.

KJL: You’re very vocal about the mistakes that you feel you make as a leader. Why is that?

SJH: I suppose it’ s easier to be vocal about it when the business is going well, and I don’t worry that people question my ability to hit a homerun. Whenever I do an interview like this or talk on stage, my position is always one of honesty. I also think that if you don’t give a little of yourself, your position or message won’t be interesting or relevant.

I’ve had to grow a lot in my position this past year. I’ve been forced to learn that not everything’s my fault, and when it is, I still have to forgive myself for whatever happened. If I hadn’t learnt this, I actually think I would have become sick from constantly worrying.

SJH: A few weeks ago, our first hire and highly respected and beloved colleague got very sick and had to go to the hospital. The entire thing felt quite dramatic at the time and affected everyone on the team. Because we were worried about him. Because we were worried about how we would carry his workload, when we are still such a small team. It sounds terrible when you say it out loud, but the truth is, I used to pride myself on our ability to not work too much. CanopyLAB equated work-life balance in my mind. But that has changed a lot this last year. We all work way more than we should. I personally worried that it was the many things I push off my desk and onto his that had made him sick. And that my trip to San Francisco sent a very wrong signal to everyone at the company. I’ve managed to forgive myself for the part I have played in giving my team too much work, but only after I have secured the funding to expand the team dramatically and change our situation.

KLJ: What are some of the situations you’re most proud of this year?

SJH: We’ve managed to attract a hugely talented business woman called Anne Birgitte Bendix () as an advisor. Anne Birgitte works as a Business Development Executive and Sales Manager for New Client Segment at IBM. She has a lot of qualities that I really look up to and learn from.

I’m also proud that I had the guts to admit that I needed a personal coach to bounce decisions off. Actually, I think that’s my best advice for anyone, but particularly entrepreneurs: To have someone to talk to who is only yours. And this someone needs to have no stake in your company. As much as I genuinely care for all of our investors, people who own a part of your business will never be entirely objective. This year, I got a formalized personal coach with whom I can discuss ideas and concerns. As the business grows, I experience more and more situations in which what is best for me as a person, may not be what is best of the business. So when I make decisions, I need to understand what I am influenced by.

Finally, I am proud that I am not afraid of hiring people who currently are or soon will be more talented than myself.