CanopyTALKS: What inspired us to build a social learning platform – the early days PART 1 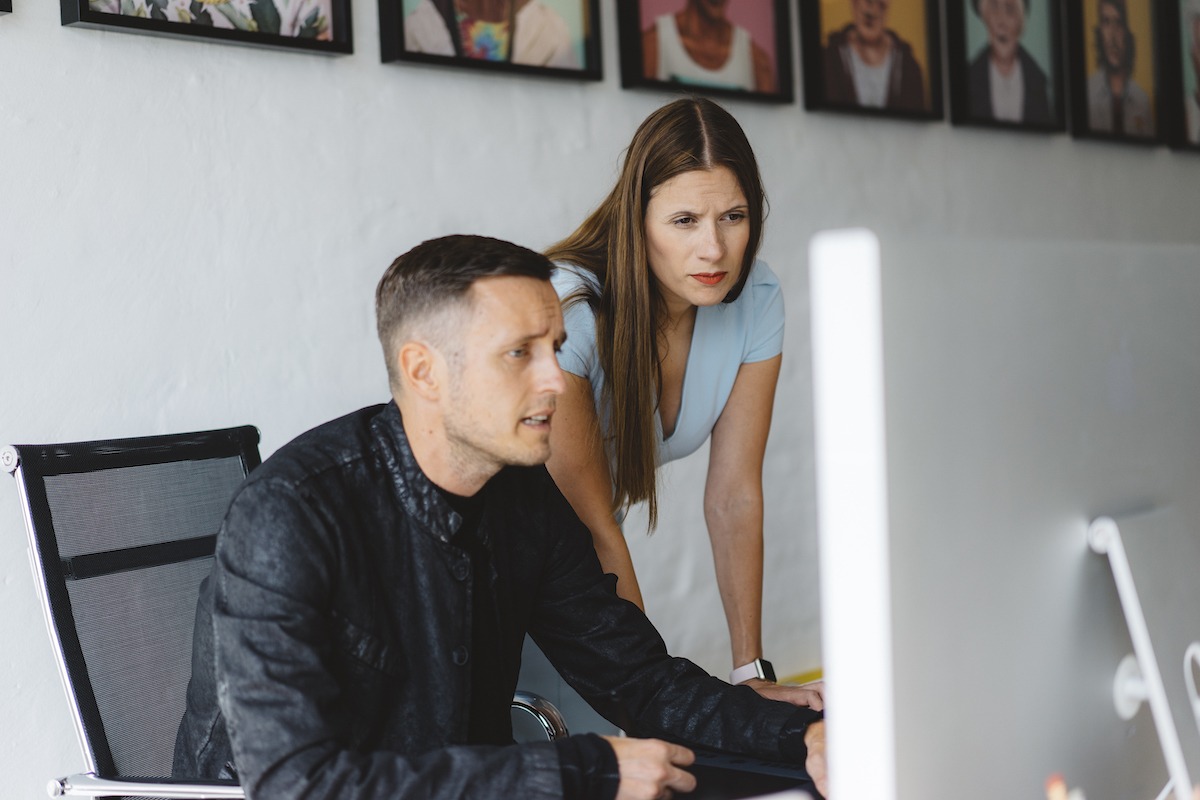 In some of our materials and blog posts, you may have read that CanopyLAB was conceptualized during co-founder Sahra-Josephine Hjorth’s PhD research period, and that some of her research inspired her to build a new kind of learning platform alongside co-founder Christian Skræm Juul Jensen. We sat down with Sahra-Josephine and Christian and talked to them about some of those factors that influenced CanopyLAB’s early conceptualisation and the iterations the concept has been through since.

Interviewer: Did the idea behind CanopyLAB come to you suddenly or over time, and who came up with the idea?

Christian: It’s hard to put a finger on a specific time, and early versions of what we thought the company would be like are very different from what we are today. I’d also say it is very much a co-created idea.

Sahra-Josephine: I agree with Chris, we can’t say “the idea was born on a Friday afternoon in May 2015 at 2.15 pm”. I think it snuck up on us through various things that we had been involved in. I was involved in building a learning concept for a global high school movement called United World Colleges back in 2014, but there the focus was very much on content and there was no vision or option to scale. At that time I had just started my PhD, but I didn’t see any parallels between the work I was doing and my research yet.

For me the summer of 2015 perfectly foreshadows what we would build. We were lucky enough to get soft money funding to host a summer camp on social entrepreneurship for 70 highschool students from Europe and Turkey and bring them to a tiny danish island called Læsø and co-create and learn together for 2 weeks.

Christian: For me the summer of 2015 perfectly foreshadows what we would build. We were lucky enough to get soft money funding to host a summer camp on social entrepreneurship for 70 highschool students from Europe and Turkey and bring them to a tiny danish island called Læsø and co-create and learn together for 2 weeks. We had started experimenting with building a learning platform before, and we tested it with the students that summer, who used it before and after the summer camp. From that experience, we learned how passionate we were about working with youth and entrepreneurship and I began to think that maybe we should launch a startup and not just do a lot of experiments.

Interviewer: So somewhere between 2014 and the summer of 2015 you had actually started building CanopyLAB?

Sahra-Josephine: Yes, but we actually didn’t incorporate until August 28th 2015. A lot of things happened during that time period. We knew we wanted to work with youth and that we found the elearning space super interesting. I had started transcribing and coding my PhD informant’s interviews, and saw a clear pattern in the data that surprised me and shifted the focus of my research as much as the university would allow, considering that I was hired to do something different.

Interviewer: Could you say a little bit more about that?

[…] I had not expected when I started doing the research was that social media, learning from one another would be such a focal point of the lifespan interviews and the narratives of my informants. And that work ended up shaping a lot of my thinking around CanopyLAB.

Sahra-Josephine: I was hired by Aalborg University and the Danish Immigration Museum to conduct research as a part of a larger project entitled “Emigration and Immigration in a Contemporary and Historical Perspective (“Udvandring og Indvandring i et Historisk Perspektiv”), where I researched contemporary labour migration to Denmark from Turkey and Romania. The Danish Immigration Museum was incredibly ambitious and had included an exhibition and social media dissemination as a part of their vision for our work together, but what I had not expected when I started doing the research was that social media, learning from one another would be such a focal point of the lifespan interviews and the narratives of my informants. And that work ended up shaping a lot of my thinking around CanopyLAB.

Interviewer: And Chris, your background is quite different from Sahra-Josephine’s. You hold an AP degree in graphic design, you have taught yourself front-end development and originally studied art history?

Christian: I have been working with web since I was a teenager and have always been fascinated with art and beautiful design. One of the things that struck me about elearning platforms was that they were just so ugly and hard to use. For me, a key to unlocking a modern learning experience was in creating something simple, beautiful and intuitive.

Sahra-Josephine: You should have seen him the first time someone put our platform on pinterest and said it was beautiful. That was a major confirmation that we were doing something right.

Interviewer: How did you go about becoming a company then?

Christian: I remember that I had applied for a spot in an incubator at Copenhagen Business School over the summer back in 2015 and that I didn’t tell Sahra-Josephine about it. Then it was actually on her birthday that we got an invitation to come and pitch, and I had to tell her about it. We got into the program called the Digital Growth Path and as a part of that process we needed to become a company. I also recall that they explicitly told us that we didn’t really have an idea or a real concept and were not a business yet. But that they believed in us, and the strength of the team and wanted to give us a chance. Sahra-Josephine was pregnant at the time, which she (very unsuccessfully) tried to hide. I think getting into the program really was a key moment for us, and we just sucked up all the information we could get, began to understand what it would take to build a business and knew that we needed to nail the concept, which we would pivot on several times the coming months before locking down on a concept.