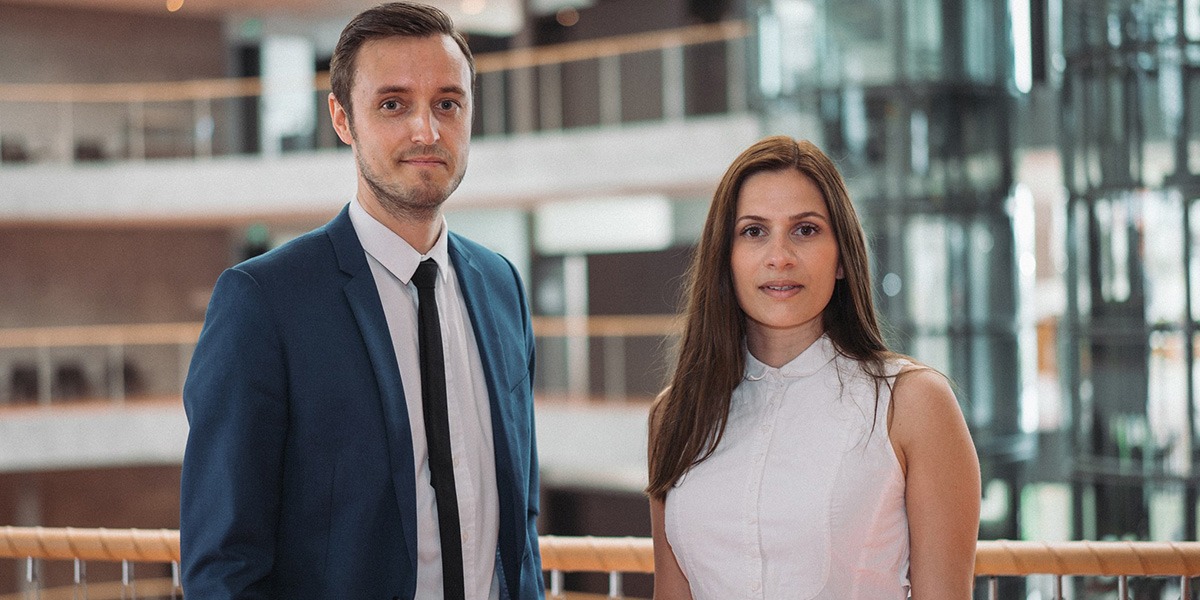 Have MOOCs revolutionized learning? What is the likely role of virtual reality in schools? Can AI help bring more personal attention to each learner? What competencies do our children need to learn today, in order to ensure their skillset is relevant on the labour market of the future? These are all relevant questions with no universal answer. “The future of learning starts NOW” is a series of talks in which Kim L. Jørgensen, learning expert and Head of Business Development at CanopyLAB, interviews experts across the field of learning.

We are kicking off The future of learning starts NOW series with an interview with co-founder and CEO of CanopyLAB Sahra-Josephine Hjorth, PhD in ICT and learning. Alongside Christian S. J. Jensen SJH runs the world’s first smart eLearning platform and software that, based on algorithms, gamification, and artificial intelligence, enables completely personalized and adaptive learning experiences online. The EdTech was founded in August 2015 and has attracted funding from both Copenhagen and Silicon Valley.

You can read part 1 of the interview here.

KLJ: If eLearning is one of the answers to a growing workforce which needs to shift career path, isn’t it a huge problem that there is an industry average dropout rate of up to 93%?

SJH: Yes. eLearning as it is today is not the answer. It might be a useful alternative for the university student to add extracurricular activities to their CV, but it’s not a solution to the general issues within learning. And until we understand that we need to create technologies that are adapted to the individual learner, but structured around social interaction and personal connections, it won’t be.

What we see from evaluations and our own experiments with online learning is that while the quality of the videos and the name of those teaching might not be unimportant, but it’s not the most important. What’s important is that people feel that what they learn is relevant for them at the specific time and matches the specific situation that they’re in. So we need learning to be adaptive to be relevant for the individual and to secure high completion rates.

Another thing we see is that people feel that their on their own, making it difficult to find support and motivation. One of the things that the 21st Century has taught us is the power of social media and connectivity, so by combining learning with a social network, we give people the opportunity to learn together, unlike most other eLearning platforms.

KLJ: What are some of the technologies that play a dominant role in the future of learning?

SJH: The future of learning is a future where we adapt the learning experiences, including curriculums and exercises to the individual user, rather than teaching based on “one size fits all”. People learn in different ways, not just one. That means people need to be exposed to different ways of learning to find out what works best for them. In the educational system as it is today, we favor some ways of learning – what we call learning styles – over others, which has implications for people who learn better in different ways.

To enable people to learn in different ways, we need to build learning technologies that accomodate that people are different and encourage people to learn in different ways. That’s the power of adaptive learning. At CanopyLAB, we use a choice model that enables people to choose between a number of different exercises and to change their curriculums. And with the data we get on people’s individual learning preferences, we can use algorithms to make suggestions for what people should learn. Over time, this will completely adapt and the more data we have on the individual learner, the better the adaptation will be.

KLJ: What I hear you say is that we need to rethink learning. How can we do that?

SJH: First of all, we need to ask ourselves the question “what is the purpose of learning”? The labor market is rapidly changing these years due to the Fourth Industrial Revolution, and it seems more and more clear that there’s a need to rethink learning so that it prepares us for this new reality.

Most scholars and experts can agree to that. But their solution for how to do so differs widely. Based on both my PhD work on online learning, focusing on  and as CEO of CanopyLAB, and EdTech company that delivers adaptive eLearning for some of the largest corporations and runs an open learning platform, I think there is a need to rethink learning to adapt to the individual learning, while also enabling people to have personal connections online. What I see is that personal connections is key to motivation and engagement, but also to the results. Let me give you an example. We taught a course on human rights in which we brought together people from all around the world to discuss and share their experiences, and what we saw was that people learned from each other’s differences. And my conclusion based on these experiences is that we need to facilitate social learning, where people can be inspired by and learn from each other, find role models whose successes they can mirror.

To enable this form of learning, we have structured our learning platform as a social network, very much inspired by Facebook and Twitter. That makes it easy for people to navigate and to follow each other and have these personal connections online.

I see a need to create learning that is suited for the need of the individual and empowers them to create the career they want for themselves and allows them to make a difference and create an impact.

KLJ: I know you’re focused on how learning can be used to address larger challenges in our society. Could you tell us about that?

SJH: Yes. I think there is a need to address a larger challenge, that of reaching people who don’t have access to quality learning – or learning at all. People in poor areas, areas that are suffering from natural disasters, and refugee camps just to mention a few. While we in the Nordic countries and the Western part of the world spent most of our youth in a formalized schooling system and have access to education of high quality, in the Nordics even for free, this is not the reality for a significant amount of people worldwide. And this has far-reaching consequences, both for individuals and for our society. I want to give an example of how the lack of education and opportunities have consequences, based on the what we do at CanopyLAB. And to suggest a solution to how we can address these problems.

Increasing migratory flows from predominantly Northern Africa and the Middle East to Europe has resulted in a significant increase in immigrant populations since 2015. More than 1 million immigrants have arrived in Europe – the greatest mass movement since the Second World War. According to 2015 numbers from Eurostat, the Nordic countries are among the countries receiving the most asylum applicants in proportion to population. Thus, 1,667 refugees per 100,000 of Sweden’s local population claimed asylum. In Norway, the number was 602, in Finland 591, while in Denmark, the number was 370.

Government spending on integration is dramatically increasing, resulting in unprecedented economic costs for governments throughout Europe. From 2014 to 2016 alone, the fiscal cost of asylum seekers has increased from 0.3 to 1.0% of GDP in Sweden, from 0.24% to 0.57% of GDP in Denmark, and from 0.09% to 0.37% of GDP in Finland. There is a joint interest among immigrants and governments in removing barriers that currently prevent immigrants from becoming economically self-sufficient through gaining a job.

Regardless of the politics of the individual states in question, increasing migration flows has left them with huge challenges to address, such as housing, language learning and access to education. At the same time, the welfare states are threatened by a process of an ageing population. Immigration presents an alternative solution to solving the biggest problems of the welfare state model in providing an alternative to simply relying on an increase in taxes and continuously delaying the retirement age in order to sustain the welfare model. If we look to Sweden as an example, the unemployment level of immigrants and descendants of immigrants is a) high (15,6 in 2016 compared to 4,8 among native born) and b) constant (from 2010 to 2016, the unemployment rate has merely decreased with 0,6%, from 16,2 to 15,6 despite several efforts to address this). Furthermore, the spending is estimated to exceed spending on health care and and social care, becoming the fourth largest public spending area.

Reducing the financial cost of government spending on the integration of immigrants is possible through enabling immigrants to gain access to the labour market and become economically self-sufficient. Yet, there are multiple barriers to successful (economic) integration. Based on on a comprehensive literature review, I have identified the barriers between immigrants and self-sufficiency to primarily be; lacking access to language learning/too long wait time, lack of network, lack of transferable skills, inability to receive accreditation, lacking education, structural and non-structural discrimination, and personal motivation/incentives.

The above situation clearly shows that we need to think in different ways to accommodate new realities (if you can in fact talk about a new reality here). At CanopyLAB, we have partnered up with Telia Company, Google, Samsung, and Accenture to address the above challenges by digitizing language learning that is personalized and adaptive, meeting the diverse needs of learners.

This examples goes to show that the future of learning is not only taking place within a formalized and institutionalized system. We need to view learning in a bigger perspective and to see it as a means to solve some of the largest challenges in the world. And to do so, we need to think of alternatives to how learning is structured today, and who is involved.