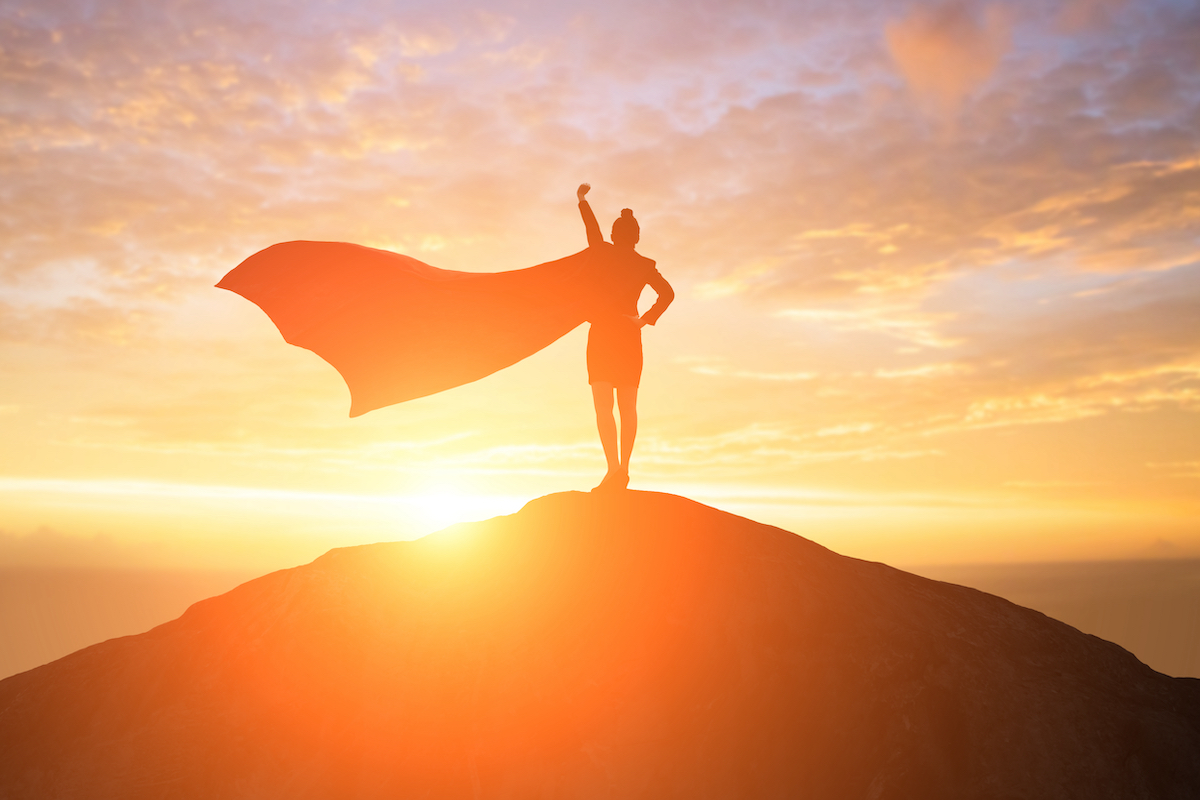 5 Inspiring Women in 2022 You Should Know About

The last couple of years hasn’t been easy for any of us. Sometimes, it may feel overwhelming to think about everything that has happened and continues to happen worldwide. However, it is essential to remember that there are always groups of people fighting and advocating for gender equality, body positivity, marginalized groups, and peace. As Mr. Rogers’ mom would say, “ Look for the helpers. You will always find people who are helping.”.

when we start to look for the helpers and look away from the fear-mongering and manipulative traditional media for a second, it is easy to find people worldwide who are doing their best to make this world a better place for all of us.

With that in mind, let me introduce you to five extraordinary women doing inspiring work in 2022. And allow me to add it wasn’t easy to narrow this list down to only five women. The truth is that when we start to look for the helpers and look away from the fear-mongering and manipulative traditional media for a second, it is easy to find people worldwide who are doing their best to make this world a better place for all of us.

Without further ado, here is the list of 5 women who are making a difference in all sorts of fields and who you should be looking to for inspiration.

You may know Serena Williams in her role as the tennis player who has won the highest number of tournaments during the open era. And I’m not talking only about the highest number of titles for a female player. Serena has won 23 singles Grand Slam titles, more than any other female or male tennis player in the open era. However, you may not be aware of her work as an activist and UNICEF ambassador.

Through UNICEF, she works tirelessly to bring quality education to the African continent and has participated in immunization programs in Ghana. Furthermore, the four-time Olympic gold medalist is an advocate for body positivity, which she makes sure to promote through her size-inclusive fashion company. She is also a firm believer in empowering women, something she makes sure to do through her venture capital firm. Moreover, Serena uses her power to hit aces off the court by supporting the Black Lives Matter movement and sharing her experience with childbirth, motherhood, and post-partum depression. Something many celebrities refrain from doing but which can empower other women to talk about their experiences without shame and seek help when necessary.

If you’ve watched The Good Place, you’ll immediately know who I’m talking about because of her memorable role as Tahani Al-Jamil in the comedy show about the after-life. If you haven’t seen it, I highly recommend it, but also take this as the sign you need to look up Jamil right now.

Through humor and facts, Jamil is shaping the conversation and becoming a role model for young girls and teenagers around the world while empowering other women and promoting diversity and equal pay in Hollywood.

A self-described “feminist in progress,” Jameela Jamil has become a voice for body positivity and gender equality in Hollywood. She is not afraid to call out the media bias that we often see regarding women and how tabloids are always trying to pit women against each other and build female artists up just to see them crash and burn. Jamil is leading the fight against those forms of media and online trolls. Moreover, she has taken the flag for body positivity through her campaign and podcast I Weigh, which invites women to see beyond the number on the scale and value themselves because of what is inside them, their achievements, dreams, ups-and-downs, and all the qualities that can’t be seen on a mirror. Jamil has spoken openly about her struggles with eating disorders and is fierce when calling out other celebrities and companies promoting unhealthy body images and unrealistic expectations on social media. Through humor and facts, Jamil is shaping the conversation and becoming a role model for young girls and teenagers around the world while empowering other women and promoting diversity and equal pay in Hollywood.

If you haven’t heard about Silvia Vasquez-Lavado, you should be on the lookout for her memoir film, based on her book In The Shadow of the Mountain: A Memoir of Courage, which is going to star Selena Gomez as the first openly gay female mountain climber to complete the Seven Summits, which are the seven highest mountains in each of the seven continents.

As a sexual abuse survivor and after overcoming many self-destructive tendencies in her healing journey, Silvia took on mountain climbing. As she was about to climb the Aconcagua, she had an epiphany to help other girls and women who survived abuse and violence through sports, specifically trekking. Courageous Girls’ (her non-profit organization) motto is “Healing Through Adventure.” They aim to empower young girls and women and help them heal through adventures in nature, such as through a guided trek to base camp on Mount Everest. Vasquez-Lavado uses her platform as an accomplished athlete and writer to make sure women find their power and understand nothing can hold them back.

If you’ve watched the show Pose, you know about Cecilia Gentili as Mrs. Orlando, but her story began way before the show started streaming, and her legacy will survive for years to come. As a trans woman, moving to the United States from Argentina in 1999 looking for a better and safer life was no easy task. She lived as an undocumented immigrant for ten years, which forced her into sex work and drugs, but her story didn’t end there. After getting arrested and recovering from her addiction, Gentili started an internship at the New York City LGBT Community Center, which according to her many interviews, “changed her life.” She had no experience but was given the opportunity to learn on the job and find her calling as an advocate for LGBTQ rights, which she has done non-stop ever since.

As Managing Director of Policy at GMHC, she fought hard to pass GENDA, the New York Gender Expression and Nondiscrimination Act, which prohibited discrimination based on gender expression and identity and became law in 2019. Gentili also founded Trans Equity Consulting, where she and her all-trans staff advise companies on all sorts of organizations on transgender inclusion. A champion for trans rights and someone who wants to reshape the narrative regarding what gender equality should mean, Gentili is just getting started, and in these turbulent times when hatred and bigotry are threatening the rights of already oppressed minorities, her presence and work are more important than ever.

Do you know what throat singing is? If not, finish reading this article, and then look up Shina Novalinga on Instagram or Tik Tok. This Inuk influencer is taking to social media to educate people around the world about her heritage and Inuk traditions and shed light on the injustices suffered by native groups around the world. Together with her mother, she has made throat singing popular, which is of great significance given that Christian missionaries banned it in the early 20th century because they saw it as satanic, a ban that wasn’t lifted until the 1980s!

Do you know what throat singing is? If not, finish reading this article, and then look up Shina Novalinga on Instagram or Tik Tok. This Inuk influencer is taking to social media to educate people around the world about her heritage and Inuk traditions

Novalinga is also vocal about women’s rights, especially indigenous women, who, according to a study, are 12 times more likely to be murdered than any other demographic group in Canada. Through facts, music, and fashion, she uses social media as a tool to educate the general public and end stereotypes related to native communities. Shina Novalinga is becoming one of the most prominent voices for indigenous peoples in North America and is using her platform to reclaim her culture and shape a better future for her community.

If you’ve watched the news in the last couple of days or used social media at all, then you’ve seen Marina Ovsyaannikova holding a sign on national news condemning Russia’s invasion and subsequent war in Ukraine and asking the Russian people to open their eyes and don’t believe the propaganda. After peacefully protesting with her sign, Marina was held for 14 hours in prison, where she was interrogated and later on released and fined 30,000 roubles. We applaud Marina’s courage and the courage of so many women who are trying to put an end to this war and call for an end to this and all other conflicts that at the moment are threatening the right of women, men, and children to live a peaceful and safe life and that constantly violate international humanitarian law.

Sign up to The LAB today and join a global community of youth leaders who change the world one action at a time.